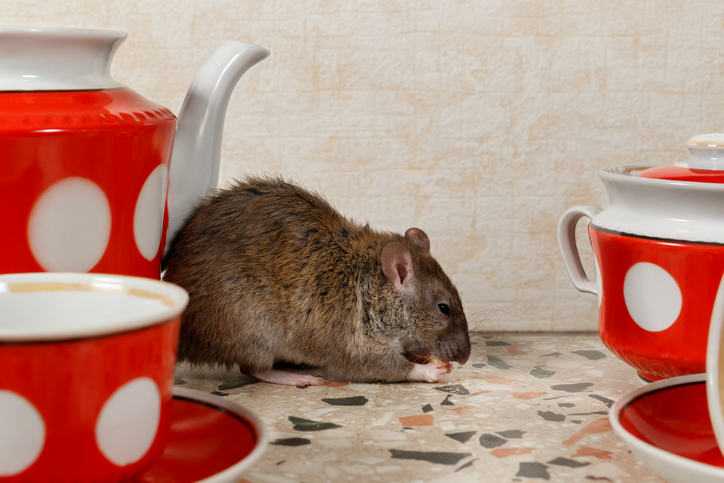 Of all the pest control situations you can confront, many people feel most wary of rats. Unlike mice, which scamper about in the dark, look cute (even if they spread disease), and mostly run from you, rats can become confrontational. Rather than running, they might bite if you try to capture them. And since they’re larger, rats can be even more destructive than mice.

And there’s just something about rats; maybe fear of diseases like bubonic fever (the Plague) left us with an inborn revulsion of the rodents. So it’s no wonder that many people have developed “homemade” methods of repelling rats over the years.

Keeping a cat (or even dog) is one such strategy. While cats and some dogs can be quite effective against mice, using them to address a rat problem can backfire. Since rats will often fight back when attacked, your pet could be injured or contract a disease.

Use of certain odors is another common strategy. You might have heard that the smell of mothballs or even peppermint will repel rats from your home. Unfortunately, there is no proof of these claims. Go ahead and try peppermint oil if you want, because it can’t hurt you, but mothballs are another story. While they are indeed effective against moths, the chemicals in mothballs can actually be dangerous to humans if you inhale them. So you don’t want to leave mothballs lying around your kitchen and other common rat-prone areas.

But don’t be discouraged. Some “homemade methods” of rat prevention are quite effective. You probably just don’t think of them that way. Keeping trash in an enclosed container, cleaning your kitchen thoroughly, and storing food in airtight containers will discourage rats from moving into your home. Sealing cracks in your home that can provide entry points, or decluttering attics and storage rooms, are some other good preventive methods against rats.

But of course, despite your best efforts, rats can stubbornly insist that your home must become their new residence. If you do notice any signs of a rat problem, call us for professional pest control services right away. We can save you valuable time and stress by taking care of the situation before it gets out of control.