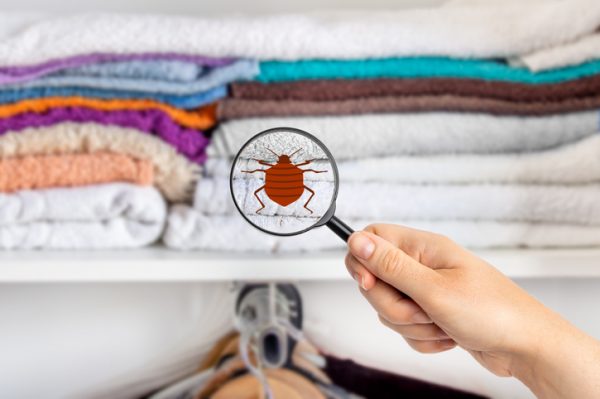 When you realize that you’re suffering a bed bug infestation in your home, perhaps your first impulse is to run out to the hardware store. A number of bed bug treatments are available on store shelves, and it makes sense to start trying anything you can find. But did you know that those DIY bed bug treatments can actually make your problem worse, and help the infestation to spread to other rooms? Here’s why.

Bed bugs travel pretty efficiently. While they don’t reproduce as quickly as some other pests, bed bugs can wander from room to room fairly quickly. They also excel at finding new places to hide and lay eggs. If you find bed bugs in one bed or one room of your house, they’re probably already traveling around the entire home.

Bed bugs go everywhere. Even though they’re called bed bugs, these pests aren’t limited to just beds. They can get into cracks in the floor, couches, chairs, throw pillows, curtains, blankets, towels, behind baseboards, and just about everywhere. So treating just your bed or the room where you found them isn’t enough.

Bed bugs survive a long time. Their typical life span is about ten months, but they can survive weeks or even a couple of months without feeding. So even if they’ve stopped biting you at night (because you eradicated them from one bedroom) they’re probably hiding elsewhere and breeding. Sooner or later bed bugs return.

Because they are so adaptive, bed bugs must be eradicated on your first try. Otherwise, they spread throughout the house in order to avoid your DIY treatments, and flourish in places you wouldn’t expect. Soon they return with a vengeance.

So even though DIY bed bug treatments might seem like the first thing you should try, they’re actually a bad idea. You might find some relief temporarily, but later experience a much worse resurgence of the problem. At the first sign of a bed bug infestation, call us for fast and professional service. Our goal is to eliminate bed bugs on the first try, so that you don’t have to fight this battle again and again.