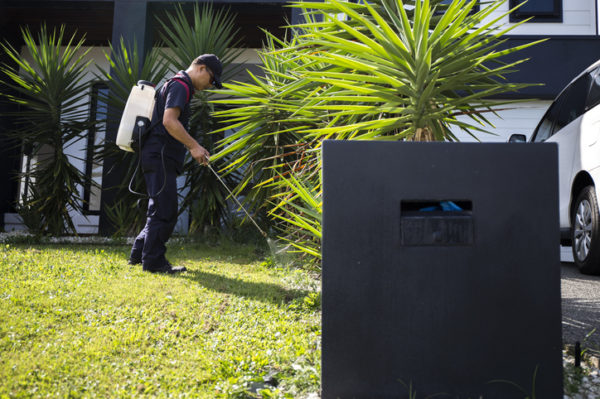 Who doesn’t love DIY solutions? It’s fun to learn a new skill, and sometimes you can save yourself a lot of money, right?

Of course, sometimes the opposite is true. Occasionally, do-it-yourself fixes don’t save the homeowner money, and can even cost you money in the long run. Even worse, some “solutions” can actually be dangerous. When it comes to pest control, we’ve heard of a few harmless and possibly effective solutions for minor problems… And then there are those that won’t work, will only waste time while the problem gets worse, and might even be dangerous.

If you’re considering any of these DIY pest control “solutions”, we urge you to think twice!

Limited flea and tick treatments. If you’re only treating your pet for fleas and ticks, you will probably keep them off your pets for the most part. However, if you’re not treating the yard as well, your family and home won’t be fully protected.

Using gasoline on stinging insects. Pouring gasoline into the hive seems like a good idea to some homeowners, because it can be quick and easy way to rid yourself of stinging insects. The problem is, you’ve now created an enormous fire hazard on your property! You might be surprised at how many fires have resulted, and people have been injured, from using the old gas trick. Plus, you’re contaminating groundwater when you do this.

Salt guns. It sounds silly, but someone actually came up with the idea of shooting salt at insects. Technically, it might work to kill a few. But it won’t do anything against a real infestation, other than offer you the temporary relief of vengeance. Manufacturers actually warn against pointing these guns at another person (especially their face) so it’s probably not something you want lying around the house if you have kids.

Organic products. If you just want to discourage a few insects here and there, then by all means go ahead and try some of the popular organic DIY methods. Unfortunately, none of them will do much good against an active infestation, and quite a few of them are very messy. Do you actually want to walk through ground-up seashells constantly?

Bombing your own house. While “bug bombs” are available over the counter, we really can’t advise the use of them. These are serious chemicals with high toxicity ratings, and without professional guidance you’re likely to be left with a lot of toxic residue in your home.

Often we hear from frustrated homeowners who have tried this method and that method, and they’re finally fed up with their insect problem. Rather than spend a lot of time and money running in circles, give us a call at the first sign of a problem. We can treat it quickly and easily, saving you time and money over the long run – not to mention a lot of frustration.