Should You Be Afraid of Murder Hornets?

Previous Next
Should You Be Afraid of Murder Hornets? 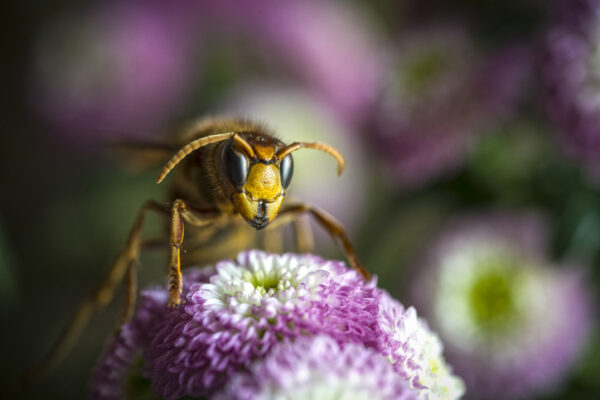 It’s been quite a year, and we’re only halfway through. So when you heard the term “murder hornets” in the news, you might have thought, “What else can possibly go wrong?” The name is scary, yes, but are murder hornets something you really need to worry about?

First, let’s clear up a common misconception. The media invented the nickname, but the actual name for these flying insects is Asian giant hornet. The media-created moniker makes sense for a hornet that thrives on decapitating its prey before devouring them. Fortunately, that prey is mostly yellowjackets, paper wasps, and bees. So while the nickname sounds alarming, murder hornets haven’t actually murdered anyone (people, that is).

On the other hand, they can pack a fierce sting. Usually this is a result of defending their nests, since they’re not out to eat you. Staying far away from an Asian giant hornet nest, and calling for pest control to deal with them, is usually all you need to do to prevent stings.

So, do you need to be afraid of Asian giant hornets? Probably not. At current time, the only confirmed sightings of an Asian giant hornet have been in Washington state.  It is reasonable to assume that they might spread to other states, and California could be a potential habitat for them. But so far, we don’t have any reason to believe we are soon to be overrun with massive, stinging hornets.

Finally, it is important not to panic and spray down every flying insect you spot around your home. In some cases people have been accidentally killing bees, which are a vital part of our ecosystem since they pollinate our plants (including vegetables and fruits). We need our bees, so please make sure you accurately identify any flying insect before resorting to insecticides.

If you do have a concern about stinging insects around your home, call us for a professional pest control consultation. We can help you identify what species of insect dwelling in your domain, and help you to safely and ethically dispatch them when necessary.