When Houseflies Aren’t So Harmless

Previous Next
When Houseflies Aren’t So Harmless 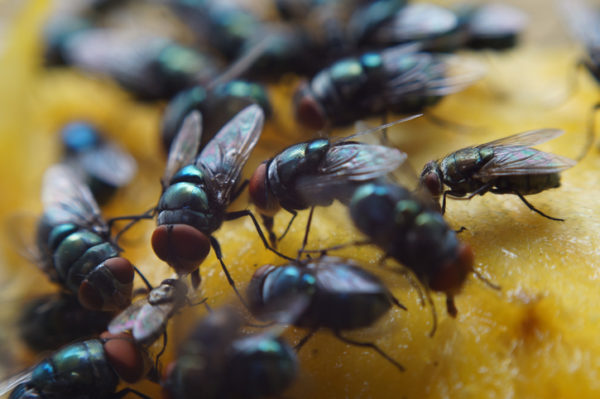 Houseflies are mostly viewed as obnoxious, but harmless. The occasional intruder can be easily swatted away, and most of us don’t worry about infestations of flies.

But just because a fly is found in your home, doesn’t mean it’s a “harmless” housefly! There are many types of flies, and some of them can actually pose somewhat of a danger (in addition to being a huge annoyance).

Flies have short lifespans and reproduce quickly, and in large numbers. So once a few of them go unchecked in your home, you could end up with an infestation seemingly overnight.

The housefly, of course, is the most common complaint. And while the occasional housefly probably doesn’t pose much of a threat, you really don’t want them hanging around in large numbers. They spread pathogens like salmonellosis, typhoid, and tuberculosis, because they are constantly feeding and defecating. They can spread viruses and bacteria simply from landing all over surfaces in your home. One housefly won’t do much damage, but you definitely don’t want a whole family of them moving in.

Fruit flies are another common complaint. All it takes is one forgotten banana, and suddenly you have fruit flies everywhere. They feed on rotting fruit, along with fermenting substances like wine (so don’t leave that half-empty wine glass on the kitchen counter overnight). Fruit flies can spread pathogens, just as houseflies do.

And then there are horseflies. These oversized flies aren’t known for spreading disease, but their bites pack a sting!

Obviously, you don’t want any of these flies hanging around your home. Generally speaking, you can discourage them by properly disposing of waste, throwing out fruits and veggies that are starting to go bad, and keeping counter tops wiped clean. Remember, too, to stay on top of chores such as your cat’s litter box and picking up dog waste from the yard. This will greatly reduce their potential feeding and breeding sites, and encourage flies to set up camp elsewhere.

But if you do experience a serious fly outbreak, professional pest control services might be warranted. Give us a call, and we’ll help you rid yourself of these annoying intruders.